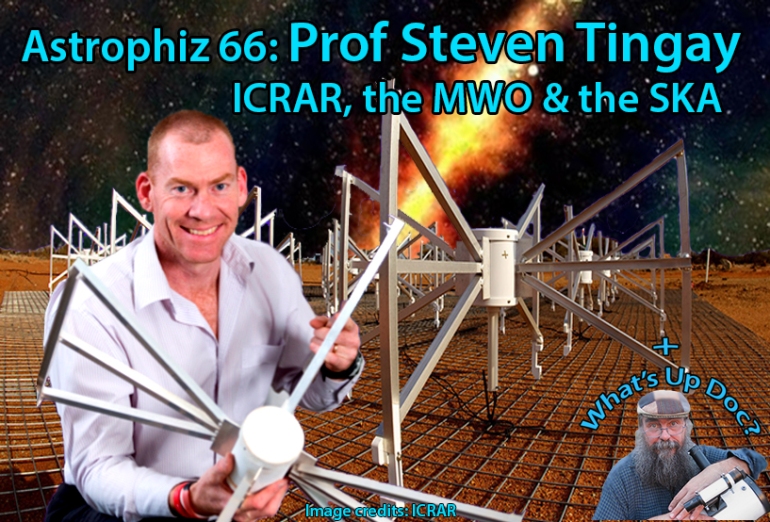 Astrophiz 66: Professor Steven Tingay, ICRAR, the MWO and the SKA.

This episode features an extended interview with John Curtin Distinguished Professor Steven Tingay, who is the Deputy Executive Director of ICRAR and leads the Curtin University node of ICRAR. ICRAR is the International Centre for Radio Astronomy Research. Whilst with ICRAR, he was also the Director of the $50M Murchison Widefield Array (MWA) project, the fully operational precursor radio telescope for the Square Kilometre Array which is already producing some astonishing SKA science.

In our regular segment for astrophotographers and observers, Dr Ian ‘Astroblog’ Musgrave presents ‘What’s Up Doc?’  where he tells us what’s up in the evening, night and morning skies for the next two weeks. In this episode he tells us about the planets currently visible to the naked eye, and Comet 21P now visible in binoculars, and for asteroid hunters he explains about  about the Yarkovsky effect and a great example as detected by Guy Wells and Daniel Bamberger at Northolt Branch Observatory

In the News:
Next Episode: Doug Ingram ‘DSLR Astrophotography 201′