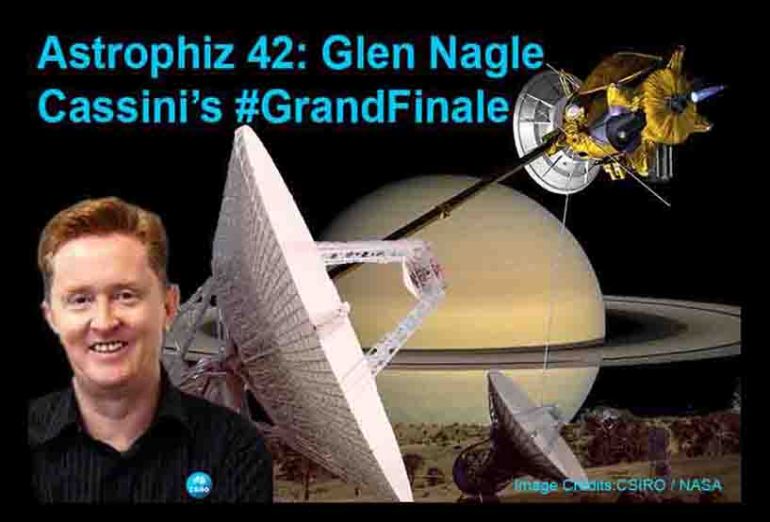 Today we are speaking with Glen Nagle from the CSIRO/NASA Deep Space Communication Complex (CDSCC) at Tidbinbilla near Canberra in Australia.

Glen takes us through the genesis of NASA missions and the astonishing achievements of the Cassini mission since the launch in 1997. He explains how the CDSCC establishes two-way communication with about 40 spacecraft, how command sets from JPL are transmitted to Cassini and how science data and images are received. Glen then tells us why and how Cassini will be smashing into the atmosphere of Saturn next week on Friday 15 September, and how the Tidbinbilla dishes will be capturing the final science data from Cassini. Watch this amazing event live on NASA TV at nasa.gov/ntv

Dr Ian Musgrave in ‘What’s up Doc’ tells us what to look for in the morning and evening skies and covers this week’s fabulous discoveries about Asteroid Florence and how amateurs can track this asteroid with its two moons. Yes, asteroids can have moons!