Astrophiz Podcast 15 is out now for Space lovers, Sciencers, Aurora Hunters, and Astrophotographers on iTunes and Soundcloud.
Glen Nagle describes how the Canberra Deep Space Communications Complex listens to and sends commands to 40 spacecraft actively on missions throughout our solar system and beyond. 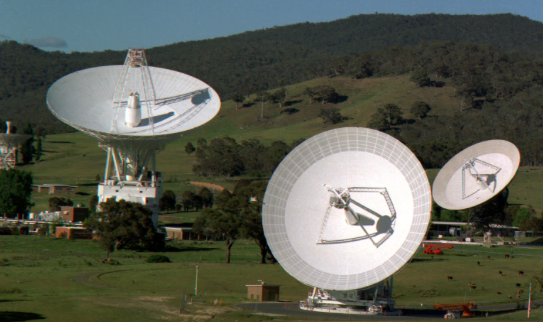 Dr Ian ‘Astroblog’ Musgrave in ‘What’s Up Doc?’ tells us what to look for up in the sky this week, auroras and astrophotography of the moon.
In the news this week;
1.Successful ESA Mars Exo mission orbit insertion, TGO spacecraft sciencing successfully but possible LOS for Schiaparelli lander
2. Congratulations to Chinese Taikonauts for successful docking with their new space station
3. There are at least 10 times more galaxies than we thought
The number of galaxies in the observable universe is 2 x 10^12 galaxies. This is roughly a factor of ten more than previous estimates and This also implies that we have yet to detect a large population of faint distant galaxies.
4. ESO’s VISTA finds a dozen ancient RR Lyrae stars at the heart of the Milky Way that were previously unknown, and indicates that remnants of ancient globular clusters are scattered within the centre of the Milky Way’s bulge, firming our understanding of galaxy evolution